I’m going to discuss, briefly, a little about self-termination programming a programmed MK-Ultra military unit, often times referred to as a Super Soldier, will have surface from time-to-time. Self-termination programing is not like an ordinary urge to kill yourself; it’s an order. Did you get that beloved readers of this blog, IT’S AN ORDER! Remember what I’ve instructed people in the past; as an MK-Ultra programmee, you DON’T ASK QUESTIONS, YOU JUST FOLLOW ORDERS- Period! Self-termination orders, which surfaced for me a year ago, in November of 2011, were the most profound set of circumstances relating to my own health and mortality I’ve ever experienced. I was pacing, pacing, pacing; I was pacing up and down my hallway with a .45 ACP  pressed against the temple of my skull. Orders had surfaced and as my personality fractured, I was in for the fight of my life. It was time to end my life. I had no desire to terminate my life, I had to honor my programmers. Orders had surfaced and there was no way out; I had to discharge a round into my skull. If you’ve ever experienced this, you know how miserable and scary this experience can be. I don’t know what kept me alive, I was in a predicament. I literally needed to end my life because I was supposed to. Please know, programming is not merely suggestion; programming runs very, very deep into the psychology of a specifically-programmed person. My brain hemispheres seemed to split. I cannot state my perception is correct on this matter, but that is what I felt happened. One hemisphere was hell-bent to carry out the orders and was ready to discharge a bullet; the other side of my brain was certain it didn’t have to happen. After a struggle which lasted an hour, I was thrilled I was able to side-step the programming and put my gun down. The battle was over; the will to survive was able to override the programmed orders. I was one of the fortunate people who’ve had this kind of programming. Many people leave a gruesome mess for somebody else to clean up. As I stated in a previous post, many MK-Ultra survivors say self-termination programming, often referred to as “omega” programming under the Monarch system, is the most fallible programming an individual can receive. I can tell you the overwhelming need to honor my orders was so strong, I cannot relate to the reader how powerful and effective other levels of programming are and how deep the programming runs.

I have been torn for a few months as a series of new memories have been surfacing. Not all memories have been MK-Ultra related, but a portion have. I’ve been learning just how far I went into the ranks of the Illuminati and it’s been a little scary for me. I know I was used in military applications, ceremonies and rituals and for reproductive purposes, but I’m learning more each week, just how far-and-wide my experiences have gone. I’m currently in the process of revamping how I mention names on my blog. In the early days, I was not thinking clearly and threw names around with little care or concern about who read what I authored. Now, I’m definitely re-thinking my position on “outing” other MK-Ultra survivors and Monarchs. I am not done with my new policy, but It’s going to take shape in the days ahead. I’m not going to discuss people I remember unless they have passed-on on or are perpetrators of the heinous exploitation of children. Those who are survivors, known to the public or unknown, will not likely be mentioned on this blog to keep their privacy. This is a courtesy I feel I need to extend.  I’m concerned If I mention names too often, people will visit this blog for the wrong reasons;  I don’t want a tabloid type situation to arise, which has happened on other blogs of this nature. Everything mentioned on this blog is the truth as I best understand it. I will always put my best foot forward to disclose my life’s experiences as honorably as I can.

I am not going to mention the specific details of my memories of Corey Haim; I’m standing firm on this decision for personal reasons. I’ve struggled with this decision for weeks now. Once again, this testimony is being offered on a take-it or leave-it basis.  I am taking this opportunity to give him the credit and recognition Corey deserves. I am going to draw some flack over this, no doubt, but I feel compelled to follow my heart’s guidance.

Once again, I’m so flustered, I don’t know which route to pursue in delivering this blog-post to my subscribers and to people in general. The subject matter, as always is painful and invokes extreme anger and anguish. As most people familiar with my blog know, I am a survivor of over 30 years of MK-Ultra. As a toddler, I endured torture, sexual abuse, programming and many other heinous acts levied against my small body and spirit. This didn’t end as a toddler. I’m not the only one, there are many, many others who were with me, before me and after me. Tonight, I will part the ether and speak on behalf of another individual who was conscripted into MK-Ultra. This young man passed-on in 2010. I want to tell the world tonight, as some already have, as an added emphasis to the testimony and research of others, Corey Haim was a Monarch and MK-Ultra survivor until his passing, two years ago. I have had more than one memory surface of this unique young man. Corey Haim was abused, programmed, chewed-up and spit-out by the Illuminati and their Hollywood cohorts and stooges. The Illuminati and their evil programmers will not get away with what they did to Corey Haim and many others if I have a say in it. Guess what? I do have a say in it. It’s a full moon tonight and I’m full of piss-and-vinegar. This full moon is giving me the forward impetus I need to draft this blog-post. After a few memories of Corey Haim surfaced – and trust me when I tell you it was no accident as to the timing of the memories; I am not going to let this opportunity go. I am a self-appointed advocate for the children of MK-Ultra, MK-Ultra survivors too afraid to speak and MK-Ultra inductees who’ve passed-on. You have my testimony for what it’s worth. You have scores of evidence in photos, movies and interviews to do your own study and draw your own conclusions about Corey Haim and his programming. Corey Haim and Corey Feldman did speak about some of the abuse they endured. To my knowledge, neither of the two have mentioned names for their own reasons. I respect their decision to remain silent.

There is a lot of evidence available, please open your eyes. This programming of children can be prevented. You first have to care, then find your own way to help.

These two videos are the work of another person. They have a lot of good knowledge. Please take a few minutes and watch.

I accidentally came across this photo last week. It was such a traumatic photo for me to see for reasons not obvious to most. I watched 20 beautiful young boys die wearing pajamas/costumes very similar to the one you will see in this photo. The only difference was, the twenty boys I watched die, did not have the face masks on. Everything else about the young Spider-Man was very similar.

Here is the blog-post I wrote about the 20 little boys being massacred. Many of the readers of this blog are likely familiar with my blog-post about the boys. 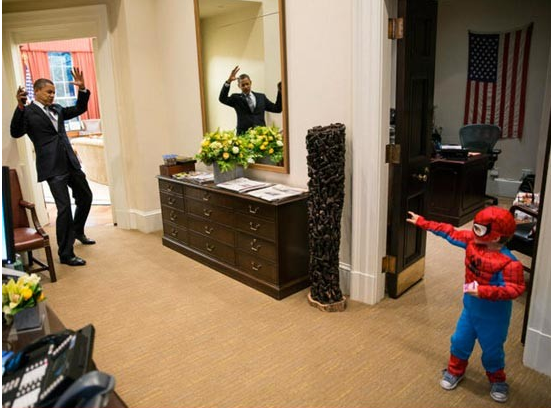 Posted with permission. No comments or words of my own are included.

After a year, it’s time I establish a few points-in-general about the purpose of this web-blog. From word-one, I want to make it understood to all readers of this blog, past, present and future, I am not part of any ‘movement’. I’m not part of any truth, disclosure nor any other movement, organized, unorganized or implied. I operate this blog as an independent voice from all movements and organizations. I offer my testimony for self-healing as a service to any persons seeking answers and confirmations to their own experiences. I dedicate this blog to the children of all black-projects, who’ve been kidnapped, abused, programmed and killed by forces so sinister, it would stagger the minds of an unsuspecting humanity if they were aware. I publish this blog because my heart tells me so.

Some questioning of my motives and intentions have recently surfaced on other blogs and venues. I offer the testimony of my black-projects experiences on a take-it or leave-it basis. I owe nobody an explanation; I answer to nobody on the subject of dis-closing my life in the ultra-black programs like MK-Ultra. I’ve earned the right to say my peace. For over thirty years, I didn’t ask questions, I just followed orders. That is general order number one for MK-Ultra assassins. The time to “follow orders” has ended; now it’s time for me and all of YOU to be asking questions. Enough is enough. If you don’t like the message relayed by this blog to you, then don’t read it. If you do appreciate what I’m attempting to do with this blog, then for the love of God or whatever you wish to call your source, please help in any manner constructive.

Now finishing this paragraph with Anthony Forwood. You mean he’s still pissed because I refused to do an interview with him? But just like Aaron McCollum, I’m so glad you put his name in this email. It’s tying up loose ends, and I must say, after re-reading this paragraph from you, I have to say Michael, it’s bleeding green. It would seem that, after spending so long on your last radio show accusing others of envy and jealousy, it is you who are envious and jealous. But then again, that’s just my opinion, isn’t it?